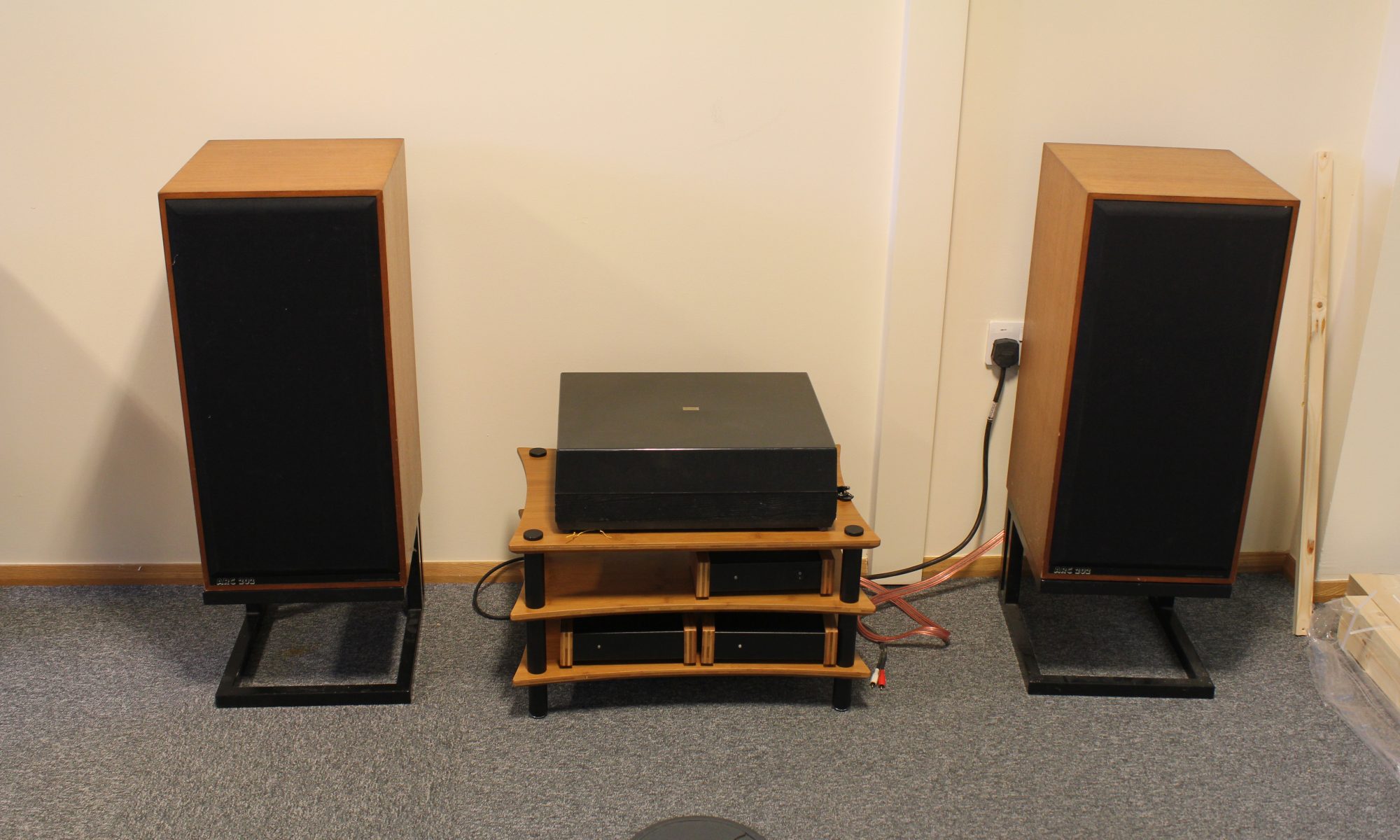 In the early 1980’s Nytech teamed up with the Manchester based speaker manufacturer ARC (Acoustic Reproduction Company) to make affordable and upgradable active loudspeaker systems. The end result were some of the best value for money upgrades available at the time with Nytech / ARC active systems comparing very favorably with other far more expensive systems. ARC was sadly a victim of its own success and was forced out of business by its jealous compeditors.

The 101 was the first speaker that ARC made and featured a 1.5in Peerless tweeter and a custom 8 in Bass / Midrange driver with a doped paper cone and pressed steel chassis in a medium size Infinite baffle (sealed box) enclosure.

The original versions were passive only but shortly after a conversation with Richard Hay, the passive crossover became an external brick which plugged into the terminals on the rear of the speaker allowing for an active upgrade. This became the unique selling point of all ARC speakers going forward.

The 202 used an upgraded bass driver with a rigid cast aluminium chassis and was originally going to use scanspeak D2008 tweeters but these were difficult to obtain at the time so the 202 used selected ARC tweeters for most of its production run.
The added volume of the cabinet significantly improved bass performance but kept the same tight focused delivery that is characteristic of infinite baffle loudspeakers.
The 202 combined with Nytech EXO102 electronic crossover and 2xCPA602 power amplifiers became the flagship ARC / Nytech system in terms of quality and musical performance.

ARC needed an “entry level” small speaker for use with small integrated amplifiers (like the Nytech CA252) so they crammed the ARC tweeter and the 101 bass driver into a small sealed cabinet which in theory was far too small for such a large driver.

How wrong the critics were!
The 050 produced a spectacular musical performance and it soon became the “must have” speaker for the Nytech entry level amplifiers, and that was in passive form.

In active form it was outstanding but using it with an EXO and CPA’s was very unbalanced financially so Richard Hay came up with the CXA252, A “single box” active upgrade containing the active crossover and a pair of CA252 PA modules for one channel and the PA modules in the CA/CTA for the other.

This “entry level” active system produced music way beyond its price and it soon became the best selling active system of the time as it out performed systems costing 4-5 times the price.

The ARC102 was basically the 101 in the same size cabinet using the improved cast chassis bass driver used in the 202.

This had a subtle effect on the bass giving a tighter more detailed image than the 101. Not many were made however and few originals survive.

The ARC Atom was the last speaker manufactured by ARC and one of the rarest!

A tiny little bookshelf design (The same size as a BBC LS3/5a or Linn Kan) using a bespoke 6in version of the cast 202 driver and the same ARC tweeter.

It gave a good musical performance but suffered from the same lack of bass as all the other small infinite baffle speakers of the time and most customers preferred the 050 for the better bass performance as the costs weren’t that different!

However the Atom became the foundation for the later Ion Systems JC1 loudspeaker and its successor the JC1a so it went on to do greater things.