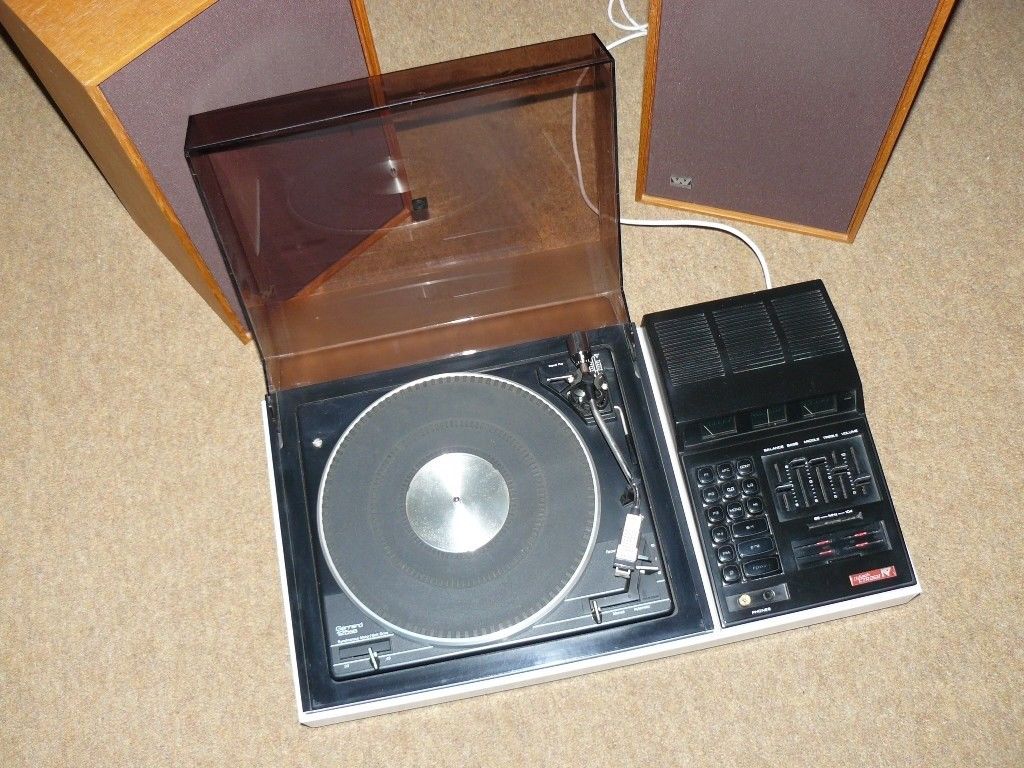 The CTA252 was originally designed to complement a certain Scandinavian HiFi cabinet but soon became a stand alone amp and a music centre with a Garrard turntable (our main pic).
In its XD and XDII forms the CTA evolved into a true HiFi British classic with its own unique very musical sound and quirky but practical design and many are still in use by owners who have listened to them for the last 30-40 years. How many pieces of modern day electronics will be able to make that claim in 20 years time (or even ten!).

We can still service, repair and restore these unique receivers. Contact us for more information.

The original CTA252 was made by Nytech ltd trading as “Nytronics” in Nailsea, near Bristol.

The concept was to have an amplifier that could be operated on a table top or sideboard as sideboards were popular at the time and the traditional glass fronted HiFi cabinet was going out of fashion.

The CTA252 had phono (turntable) and tape inputs, Co-axial and ribbon feeder FM aerial inputs, switched speaker outputs and a pair of “surround” speaker outputs together with a “blend” control as a very early attempt at “surround sound”.

The FM tuner (no AM) had four preset station selectors (P1-4) tuned by the red thumbwheels and the FM button was tuned by the larger black thumbwheel just below the 88-104Mhz logo on the pic to the left. A version for the American market tuned up to 108MHz.

Power output was a modest 15W RMS into 8 ohms and 25W RMS into 4 ohms but the early CTA used to overheat when driving 4 ohm loads which led to reliability issues.

The CTA also had HF (scratch) and LF (rumble) filters and a “contour” button that increased bass and treble at lower volume settings to compensate for the ears response at lower volume levels.
Unlike many amps at the time which had “loudness” buttons, the CTA did it properly and the “loudness” effect reduced to zero with the volume slider at mid point or above.

The original Nytronics CTA252 can be easily recognised by the red badge, DIN socket for phono input, and the “Surround” speaker outputs and “Blend” knob on the rear panel.

The CTA252 XD was a major improvement to the original CTA particularly in terms of sound quality and reliability.

The first improvement was the addition of a dealer changeable phono input board that made it possible to use the CTA252 XD with the new high end Moving Coil cartridges such as the Supex 900.

The second improvement was to replace the “surround” LS sockets with “Direct” sockets that connected directly to the power amplifiers without going through the LS switches.

The third improvement was extra capacitors in the power supply and new output transistors that made the CTA reliable with 4 ohm loudspeakers and a dramatic improvement in sound quality.

The DIN “phono” input was changed to phono (RCA jack) sockets on flying leads (there was no room on the CTA back panel to mount them directly) because the DIN socket had hum problems with the tiny output from MC cartridges.

The 300ohm “ribbon” feeder Aerial socket was replaced with a “Preamp out / Poweramp in” DIN socket so the CTA could be used as a preamp with a bigger power amplifier. This meant that you needed a dummy “Link” DIN plug to be permanently plugged into the back for the CTA to work properly. Not knowing this is one of the main reasons for a non working CTA these days.

The final “improvement” was a shiny new silver badge! and later XDs had square finish buttons rather than the calculator style of the original CTA.

The next major upgrade to the CTA252 XD was an upgrade to the original power supply with a new transformer and extra power supply capacitors. This did wonders for the musical properties of the CTA and confirmed its place with the best of British HiFi.

The XDII and XD look identical externally so they can be difficult to tell apart as the only major difference is the upgraded power supply and to see that you have to take the top off!

The final version of the CTA252 XDII was the Mk2. The major outside change was replacing the DIN “direct” speaker sockets with red and black 4mm sockets which could be used with much heavier speaker cables. The serial numbers also started with a “5” whilst the original XDII started with a “4”.

The other change was the addition of an extra board inside to raise the preamp output level from 300mV to 1V for greater compatibility with the growing range of Nytech products (like the CPA602 power amplifier and CXA252 active loudspeaker crossover/amplifier).
This “buffer board” could be fitted to the earlier Mk1 XDII as well as a factory upgrade.
If a buffer board is present the label on the “link socket” will say 1V instead of 300mV.

The earlier XDII and XD look identical externally so they can be difficult to tell apart as the only major difference is the upgraded power supply and to see that you have to take the top off! See the pictures to the left to see the differences between the XDII power supply and the original XD and CTA.