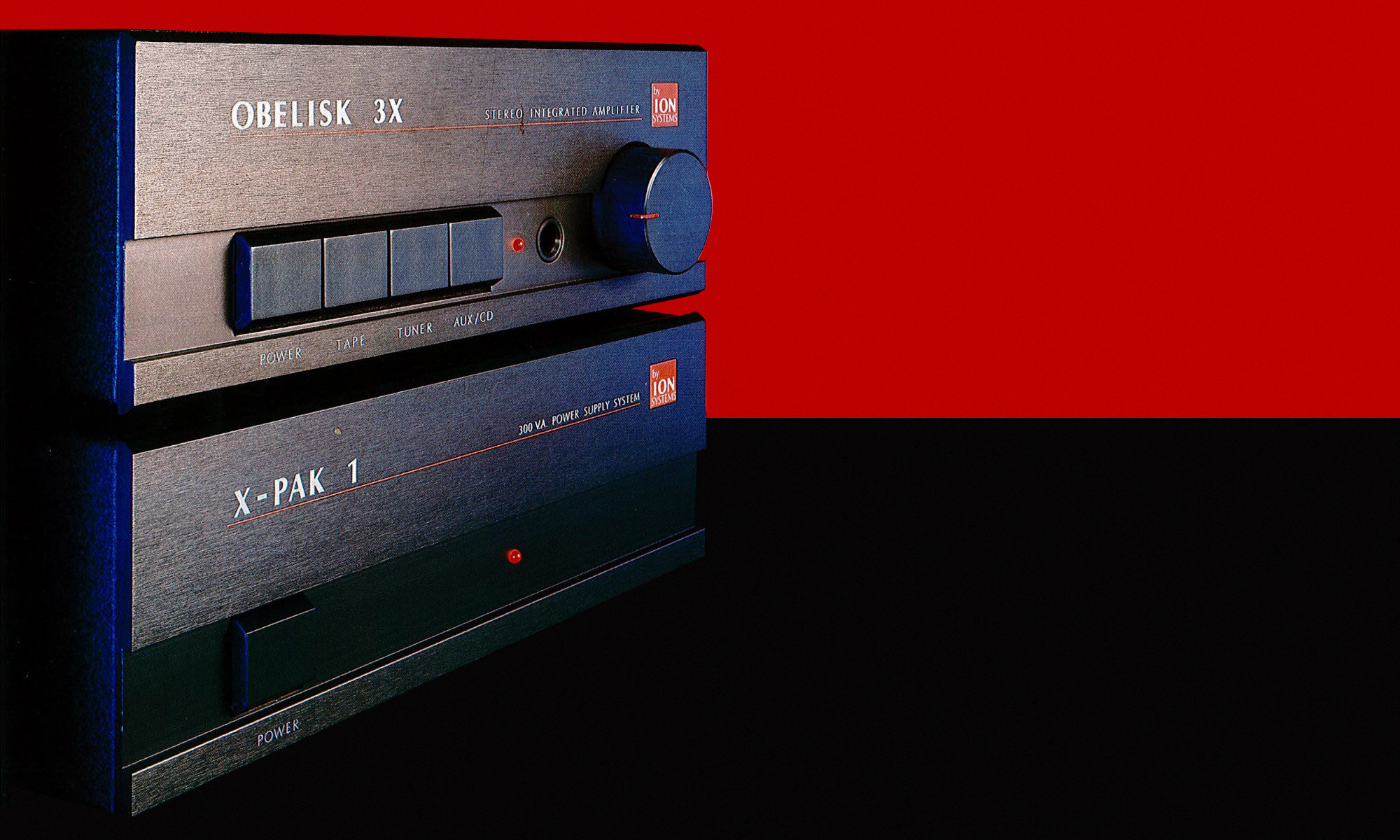 In the late 80s Nytech Audio moved its operation from Chew Magna just outside Bristol to Mid Wales. It also changed name to Ion Systems and continued to produce amplifiers until a flood destroyed the factory in 19xx. Scroll down to find out more about Ion Systems equipment

The Ion Obelisks had a major makeover with the Obelisk 1 getting a new upmarket case and the Obelisk 2 and 3 having the same case styles as the Ob1 with rotary volume control replacing the sliders.

“Nexus” was also used as the brand name for Ion’s active electronics.

The Ion “Obelisk” 100/200/300 were the last amplifiers made by Ion and the first “full width” amps. (All previous Ion products were half width except for the huge Nexus power amps).

Sadly these amplifiers were the first Ion amplifiers to make use of parts which are no longer available which can make them difficult to fix.

An FM tuner, (the FMT100) was also available

The JC1 and JC1A loudspeaker

After the demise of the ARC series of loudspeakers, Ion decided to make its own.

The JC1 (named after one of Ion’s founders John Chapman) was a small stand mount or bookshelf loudspeaker with a very nice musical sound.

The JC1A was a later improvement to the JC1 and featured an external passive crossover so the JC1A could be used in a “Nexus” active system.